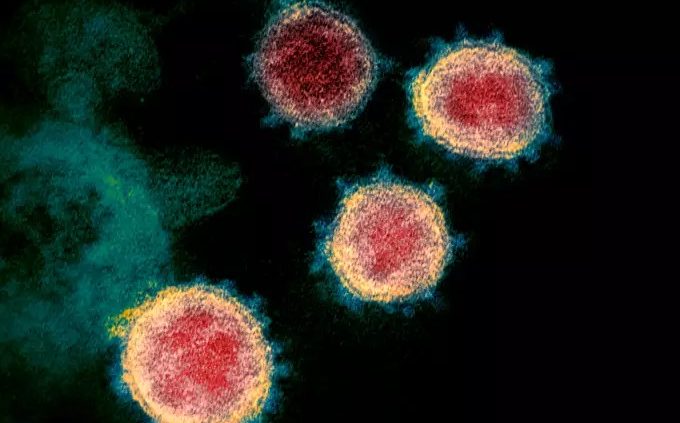 Drawing correlations between the constraints on freedom imposed by corona containment measures and the National Socialist Enabling Act of 1933 is not only simple-minded, but such a comparison also belies the vast economic, social, and political challenges faced by the new virus. It would be better to ask, how Coronism will herald the beginning of a new era, the theoretical foundation for which Nazi ideological literature (late 19th century to 1945) is eminently suitable.

When, at this early stage, Coronism already commands an absolutist prerogative of interpretation, then there is no further need for scrutiny. Loathe to spend overmuch energy on the erstwhile literature – its misanthropic ideology and the hallelujahs praising privation of freedom – I will forego the scientific studies differentiating Coronism and National Socialism. Rather, in this era of tests, I will limit myself to the simple duck test. If it looks like a duck, swims like a duck and quacks like a duck, then it is most likely a duck. Testing for Nazi-infected Coronism does not require a prescription, so feel free to join in the fun.

While died-in-the-wool freedom activists are primarily concerned with the curtailment of their fundamental rights, I find the flood of regulations that will soon determine the course of our lives much more worrying. Yet, it is the proposals of a completely new society, a revolutionary new beginning that freezes the blood in my bones. Be it human interaction, models of employment, production, consumption, or even leisure time, all should bow down to the dictates of gleichschaltung, to preserve our health. Precisely this promise of renewal, of a Corona-compatible world, revives the entire gamut of an ideology presumed dead.

Without a doubt, constraint-relaxation debates shed a ray of hope. Maybe things will go back to normal? But returning to business as usual is no easy task, and highly unlikely. Indications of the next pandemic wave looming on the horizon as well as deliberations over restrictive everyday anti-virus measures point to a process without end. The distinction between hyper-bureaucracy oozing völkisch rhetoric and extensive regulations in the name of human health is all too murky. Today, Nazi ideology is no longer concerned with applying scientific management and socio-technological visions of rationalization to uprooting class conflicts. No, these days, it applies the same methods to containing an assumed epidemic. In the grip of metamorphosing mania, Coronism and National Socialism are thoroughly welded by grotesque debates of an individual’s future alongside technical feasibility fantasies.

In 2010, the Rockefeller Trust published a SARS virus pandemic simulation depicting individual scenarios once lockdown was suspended. Although the letterhead was not adorned with swastikas, speculations of a capitalism-free, socially just, environmentally friendly, consume-abstemious future in a world where all basic rights are observed and technological advances merely medical in nature, were hardly discernible from Nazi propaganda.

It is a fatal error to categorize the Nazi era and ideology based solely on its racist manifestation, therefore locking it away in the history books. The phenomenon of society’s collective, perpetual demand for modernization goes much further toward eroding cultural pluralism than some emergency law debates. Restricting Nazi ideology interpretations to its racist orientation alone is frightfully conducive to just such a philosophy penetrating society anew. This is probably spawned by our decisive loss of our freedom, in which instead of exercising our customary inherent principles, unique to each individual, we are called on to submit ourselves to an abstract social canon of values. Thus, our loss of liberty is not the manifestation of an authorized resolution, but rather of a utopian reform of the entire world order.

Democracy may be a governmental system based on majority rule, but what will you do when a broad population stratum aims for the same goals as the middle class beneath the swastika? By observing society’s deeply embedded rigorism in various movements, it becomes evident that the true level of endemic infection is a people’s renunciation of the free constitutional order. Most likely it is much too late to attempt protecting the old order when its existence has already been forfeited by the majority of individuals.

Tracing the contours of our modern world along suppressed basic needs; along leveling tendencies of morally justified consumption sacrifices, Coronism emerges as a new system of principles. Class struggles and envy are dislodged by an indiscriminate disease. We are all equal before Corona. Yes, that would be an appropriate preamble to the upcoming Coronist Constitution.

Try as I might, within the influence Coronism and National Socialism exercise over commercial life, I cannot find a vestige of human dignity preserved. As fate so decrees, health apostles – as the petit bourgeois dictatorship in brown back then – are gunning for the underachieving small and mid-tier businesses, their extrusion serving the societal transformation to a mega-economic structure. Corporatism above all, subvention be praised. Undesirable unions are forbidden to gather. Salaries sink in the flood of impoverished. Then, as now, economic growth should emerge by exploiting an entire population stratum that reports for duty in rank and file and face masks.

What a historic irony. In the context of a revolutionizing value debate, staunch governance and the pharmaceutical industry have once more formed an alliance. I cannot attest to the clandestine prayers of heartfelt gratitude German chemical and pharma giants spoke to the heavens for Nazi henchmen who supplied them with an El Dorado of human guinea pigs. I can only refer you to the history books. Should these be too dry for you, then I invite you to relive the thrilling, adventurous alliance, as pharma giants and emergency law democrats re-unite, without asking your permission.

It goes without saying that by isolating individuals, repressing private lives to keep them far from like-minded, Coronism and National Socialism promise the same thing: a healthy, modern human being.

Therefore, I recommend to all of those surrendering to this new order without a thought – think again. Not to one day wake up like the failed, pious, brown Modernists of yore. Having lost the war, they lie to the world, claiming ignorance of all that went before.

Why is Germany criticizing Israel?
Scroll to top