Blog - Latest News
You are here: Home / Articles / Why Brexit Will Stay on the Shelf

Why Brexit Will Stay on the Shelf 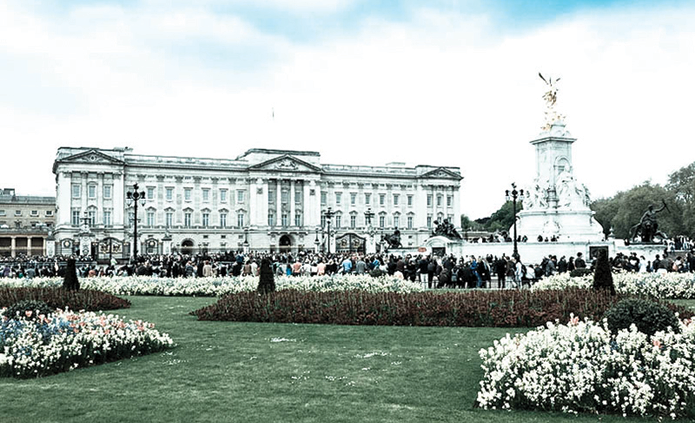 A daring expression of democracy, Brexit will have no effect whatsoever, or just one effect: once the rebuilding of the Hohenzollern Palace in Berlin has been completed, Angela Merkel will become the heir to Wilhelm II. Let me explain why.

Just as communism did not end with the death of Stalin and the hysterical sobbing for the Great Leader™ and wise innovator, so Brexit will not lead to Great Britain’s exit from the European Union. Both moments merely mark the beginning of a new political era. Just as there followed four decades of oppressive communism, we will witness a German ascendancy of imperial dimensions, or what the Romanians would term… a Reich, which will transform the United Kingdom into separate country clubs. Only at first glance does it appear that Brexit deals a hammer-blow to the great European Union, straightener of cucumbers, protector of pigs from Balkan knives and charming plunderer of national resources. There is sobbing on all sides: Great Britain is weeping for mercy, for where it will sell its goods now, and Germany is weeping over the shattering of its dream of a united Europe. Political emotions are irrational. London is not the village of Lovrin in Banat, and Germany needs another ten generations of philosophers and poets before it can pass as a visionary.

After a few days of mourning and being hung over, during which great thinkers have presaged the end of the world, we would do well to get back to normal. And Berlin insists upon normality. The German Chancellor’s cautiousness in driving Great Britain out of the EU is the first step towards a solution that is unexpected but unique in this situation: staying in the European Union. Let’s be serious, just about every good family is familiar with the game of divorce. And voting twice on Europe’s future is an exercise that is not without precedent in Europe. The Danes, the Dutch, the Irish and the French have already voted in anti-Brussels referenda. Why should not also London dream of the impossible: that in the end, Merkel will one day be pushing the Queen of England around in her wheelchair?

The British Prime Minister intending to resign in the autumn means that, if the British Conservatives do not form a new government, early elections will be held. A possible Labor victory would also mean that the outcome of the referendum might not be implemented. The UK will not submit its request to leave the European Union until a new cabinet has been formed. So, once people have calmed down, Londoners will have to decide whether they want to remain in the United Kingdom, just as those in Dublin and Edinburgh will have to decide whether they want to stay in, or return to, the European Union. If Paris’s rejection of the European Constitution did not cause the wheels to come off the EU project, it is very possible that Brexit will not have any consequences either. Of the sixteen critical referendums about the EU that have taken place, only eight have had clear consequences, and relative ones at that. Denmark and Sweden have definitively rejected the single currency, and Greenland left the European Community in 1982. I doubt that London will follow in their footsteps. The referendum that led to Brexit is not binding in a country that has no written Constitution. Eight hundred and one years after the signing of the Magna Carta, the fundamental charter of democratic freedoms that was granted by King John “Lackland”, we have come full circle. All that is left is a democracy without a country, where voting is a natural act without consequences, and nothing more than a valve that lets off the steam of transient emotions.

The ignorance of politicians in Bucharest results from the glorification of the myth of “coliva [1]”, which is pointless on the Brexit catafalque. Even from the classes in rudimentary English that they have attended, they too could have grasped the idea that decency is a byword for “very British”. London does not need anyone’s advice or tears. When the fleet from Lovrin defeats Mongolia’s fleet on the river Bega, and when Sadoveanu is read at the School of Klaus Iohannis on the islands of Fiji, Elizabeth II will probably be asking Mugur Isărescu for advice.

Until then, from our position on the sidelines, we will witness an unprecedented humiliation of the United Kingdom by Germany. The British government must choose between maintaining the UK’s national integrity within the EU or a Brexit that will tear it apart, as Scotland will leave the United Kingdom and run straight into the arms of Brussels. Staying in the EU because you are terrified of secessionism cannot be a virtue. An un-submitted request to leave the Union would open the door to negotiations over a new Union under British influence.

After Rudolf Hess was unsuccessfully parachuted into England in 1941 in order to realize a vision of unifying the Anglo-Saxons with the Germans, Germany’s landing on the British Isles today is an easy one. Brexit will go down in history as the time when the adjective “Great” beside Britain became history. The two years that it takes to exit the EU begin to run from the time when the request to leave is made, but the United Kingdom will not submit it, and there will be no consequences. Switzerland has been applying to join the Union for 25 years without this application ever leading to anything. Over this period, it has been driving a hard bargain, to its own advantage. And let us remember that the expression “Perfidious Albion” was not invented in Bern!