Blog - Latest News
You are here: Home / Articles / Why is Germany criticizing Israel?

Why is Germany criticizing Israel? 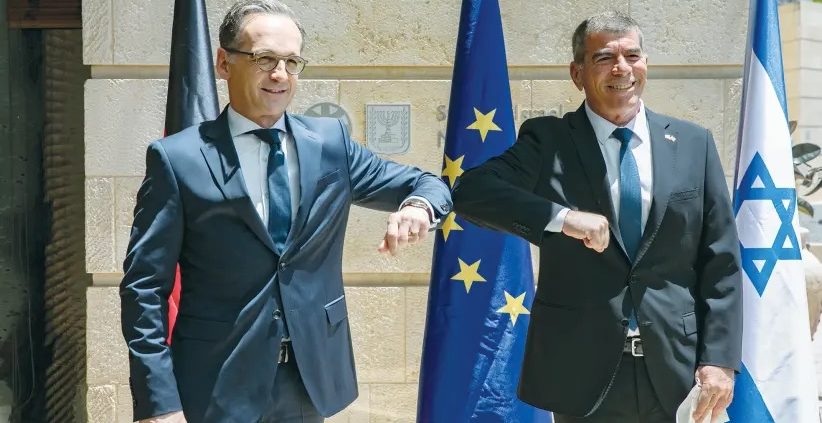 Should Israel thank the Germans very much for generously withholding coercive consequences thus far? Or better, should it question the credibility of a doubtful tutor in international politics?

The news circulating about German Foreign Minister Heiko Maas, who, albeit without threatening sanctions, calls Israel’s annexation plans illegal, gives the impression that it is an act of grace not to be censured by the world’s moralizing imperial eagle. A high-ranking German politician opining on Israel’s self-determination and historical rights is an irony indeed.

Should Israel thank the Germans very much for generously withholding coercive consequences thus far? Or better, should it question the credibility of a doubtful tutor in international politics? No doubt, Berlin’s experience and wisdom may grant edifying insight into meteorology or climate-warming scenarios. But as a paradigm of integrity and respect for international law or frontiers, Germany decidedly comes in last.

Could Berlin simply empathize with besieged Arab countries, arguing for frontiers they lost to their own aggressions, as Germany did twice in the last century? One might say that a guy in his mid-50s is less familiar with the necessity for a State of Israel on the outskirts of Nazi-dominated Europe.

But as Germany’s foreign minister, Maas is well-briefed on the issues still prevailing regarding Berlin’s unwillingness to pay Poland, Greece or Romania WWII reparations or unsettled monetary claims. Apparently, Maas can only perceive international law when dealing with Israel’s peace, stability and neighbors.

The “Europe United” slogan Berlin frequently uses is a stopgap for facing legality when dealing with the country’s own past. Maas seems unable to understand that the positions Germany and Israel hold when it comes to frontiers and international law are diametrically opposed.

For the last 100 years, German policy has broadly interpreted international law to reduce its financial obligations arising from two world wars they launched to pursue their imperialist ambitions. Israel, however, has adopted its own reading of the law, striving to establish a plain existence and peace in a turbulent region.

Israel’s frontiers are a matter of survival. Yet, Germany’s sophisticated interpretation of the law aims to soothe the spirit of a nation; a nation that only grudgingly admitted that without accepting the territorial losses in favor of Poland, reunification would have remained a pipe dream.

Not too long ago, in 1990, Roman Herzog (1934-2017), former president of the German Constitutional Court (1987-1994) and later president of the Federal Republic of Germany (1994-1999), argued that the court’s ruling had not been altered. He literally claimed that the German Reich did not cease to exist in 1945, and that a peace treaty recognizing the new German-Polish border (Oder-Neisse line) could only be signed once the Reich had been integrated.

His view contradicted that of Rita Süssmuth, presiding officer of the German Parliament in Bonn at the time. He insisted that the Federal Republic of Germany and the German Democratic Republic could not adopt a declaration in 1990 wherein both states confirmed Poland’s new border as of 1945, since neither had the legal capacity to speak on behalf of the Third Reich’s frontiers of 1937.

His provocative speech created confusion, since almost no one knew to what he was referring. Constitutional court and international law experts understood very well that Herzog was referring to the German provinces under Polish administration. Bonn’s hesitance to surrender the occupied territories 40 years after losing the war, invoking a legal vocabulary accessible only to a tiny elite, reveals unified Germany’s skeletons in the cupboard.

Many would expect more from a country spectacularly losing a war, yet unwilling to pay for damages done. Germany should rather share its own learning experiences. Territorial concessions are the honorable compromise an aggressor must make to be accepted and to find closure.

The reputation of a nation which, to avoid paying reparations, still obstinately refuses to sign a post-World War II peace treaty, is not the best. Maybe sharing the German experience with Israel’s neighbors would be a better contribution to sustainable peace instead of arrogantly pointing a moral finger at Israel. Speaking humbly of the Holocaust but criticizing a constructive peace process raises questions about the integrity of a self-declared friend.