Blog - Latest News
You are here: Home / Articole / Engleza / How much money owes Germany to Romania from WW2?

How much money owes Germany to Romania from WW2? 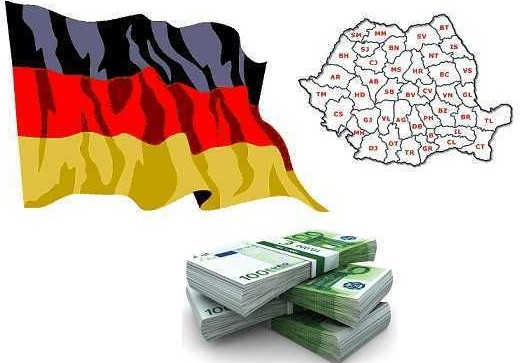 The economic relationship between Romania and Germany between 1936 and 1944, which was based on a clearing arrangement and fixed exchange rates, has aroused my particular interest. The particular focus of my attention is a statement of account relating to the German Compensation Fund, an institution attached to the Reichsbank, because it presents Germany’s balances in the countries involved in this cooperation mechanism. The sum of 1.126 billion Reichsmarks highlighted in this statement of account was initially nothing more than an observation and an argument cited in certain publications; later, it became a challenge.

The acute shortage of currency in Germany after the First World War meant that non-currency contracts based on exchanges of goods between Germany and other states had to be resorted to. An agreement of this kind was reached with Romania in 1936. This agreement stipulated that payments between Romania and Germany arising out of exchanges of goods and out of other state and private obligations would be made by means of bilateral clearing between the National Bank of Romania and the German Compensation Fund. But there was a clause which obliged the National Bank to pay exporters in Romania, even if the sums necessary to do this exceeded importers’ payments in lei. By 1942, because Germany during the era of the Third Reich imported more from Romania than it exported, this debt, which was initially capped at a particular amount, ceased to have an agreed limit. The flow of Romanian goods to Germany, which was not matched by a corresponding flow from Germany to Romania, deprived Romania’s population of goods, pushed up inflation and left the National Bank of Romania with a credit in marks owed to it by the German Compensation Fund which it could not recover. This credit was effectively an enforced loan of goods which was given to the German economy by the Romanian economy. Although there were concerns and definite intentions to slow down the expansion of the balance (due to the unequal exchanges with Germany), Berlin dismissed them or merely pretended to accept them.

According to the specialist literature in 1944, Romania’s positive balance as a result of the Romanian-German clearing arrangement exceeded 1 billion Reichsmarks. This balance is also confirmed by foreign official sources such as the German Compensation Fund – the institution attached to the Reichsbank which kept records of clearing transactions, the Bank for International Settlements in Basel and the Romanian Academy.

I believe it is expedient to present the legal framework within which I have invoked the recovery of Germany’s debts arising out of its trade relationship with Romania. Firstly, I invoke article 28 paragraph 4 of the Peace Treaty between Romania and the Allied and Associated Powers, which was adopted on 10 February 1947 in Paris. Because the payments between Germany and Romania were made on the basis of the 1936 Agreement on the Settlement of Payments, this agreement is not covered by the Paris Peace Treaty, which explicitly states that Romania does not waive claims arising out of contracts and other obligations prior to 1 September 1939, or rights acquired prior to that date. In the next sentence, we read that “this waiver shall be deemed to include debts…” The demonstrative adjective “this” at the beginning of the sentence refers back to the previous sentence, in which the terms of the waiver are explained. The wording of paragraph 4 of article 28, which states that Romania waives claims against Germany and establishes 8 May 1945 (the day on which the Reich surrendered) as the deadline for claims, means that things are as clear as can be. Beyond any doubt, the 1936 Agreement on the Settlement of Payments applies to rights and claims acquired prior to 1 September 1939, and they are therefore excluded from the waiver of claims against Germany, which only relates to wartime obligations. Under the terms of the treaty, Romania’s balance has not expired.

I would also like to point out that the 1953 London Conference, during which Germany assumed full liability and responsibility for all of the Reich’s debts, also resolved the issue of the debit balances arising out of the clearing arrangements with Belgium, France, Switzerland, Romania and so on. The reason why Romania did not participate in the London Conference stems from article 5, paragraph 4 of the Treaty that arose out of this conference, which is identical to article 28 of the Paris Peace Treaty. Both of these legal documents exempt Germany from paying compensation for the period between 1 September 1939 and 8 May 1944. In conclusion, this balance still exists today. It is good to know that this amount does not constitute war reparations.

One might ask where the figure of 19.5 billion euros comes from. Starting from the basis that 1 Reichsmark is currently worth 3.30 euros, the value of the debt can be estimated at 3.717 billion euros, and that is without adding interest for the 69 years since then – from 1944 to 2013; without embarking on an expensive mathematical calculation to update the figure, if we simply assume a moderate interest rate of just 2.5% per annum, the total value of the debt (the initial amount plus interest accrued) can be calculated as approximately 19.5 billion euros.

During a debate in March 2012 under the aegis of the governing board of the National Bank of Romania, it was confirmed that the German Compensation Fund owed a debt of approximately 1 billion Reichsmarks at the end of 1944, which represents a big step forward from the remarkable discretion of this institution over the previous two years. The biggest success of this debate was the fact that the National Bank acknowledged that in 1947 Germany owed Romania a debt of 14 billion lei, which was regarded by the authorities at the time as an “uncertain debt”. What was uncertain in 1947 can no longer be said today about Europe’s economic powerhouse.

Letter to the Ambassador of Germany in Bucharest
Scroll to top