Blog - Latest News
You are here: Home / Articole / Engleza / Why is Romania’s president refusing to relocate the embassy to J...

Why is Romania’s president refusing to relocate the embassy to Jerusalem? 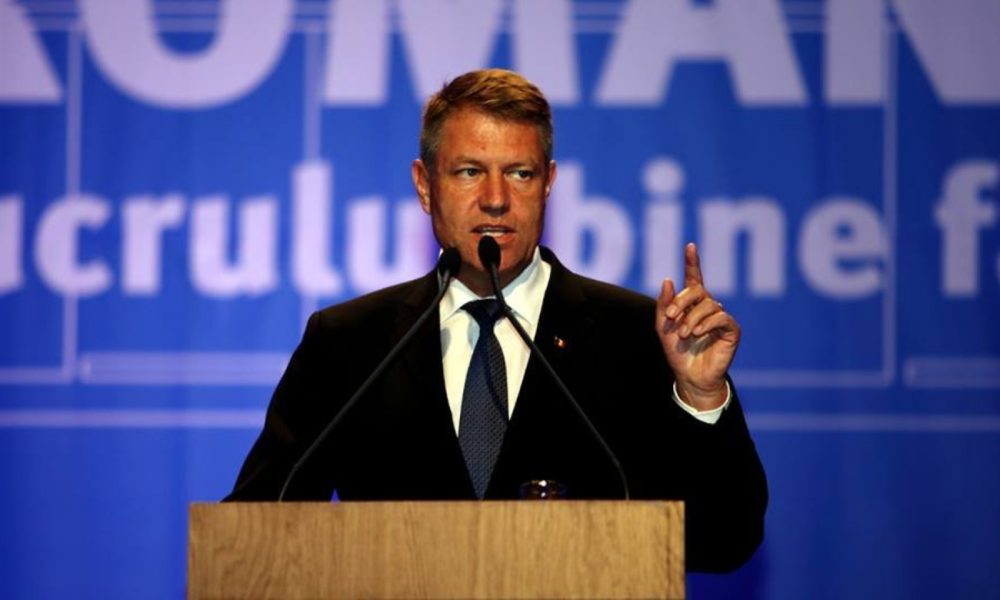 Romanian government and the president’s office, Romania has a chance to defy the EU’s policy on Israel in a responsible manner.

How can Romanian President Klaus Werner Iohannis, who for 23 years was also the president of the Democratic Forum of Germans in Romania, which claims to be the legal successor to a former Nazi organization, be a friend of Israel? Last Friday, Iohannis expressed his opposition to the government’s proposal to move the country’s embassy to Jerusalem.

His commitment to pro-Jewish causes is remarkable. Once elected, he involved himself in Jewish affairs for the first time on January 27, 2016, International Holocaust Remembrance Day, when he supported an event called “With their faces behind barbed wire: The deportation of ethnic Germans to the USSR” in Bucharest.
This is not to mention the fact that Romania took over the chairmanship of the International Holocaust Remembrance Alliance in 2016.

This commemoration of the suffering of perpetrators of war who were deported from Romania to the USSR, on this particular date, created a false equivalence between perpetrators and victims, and in fact ignored the Holocaust.

During his tenure as head of the Democratic Forum of Germans in Romania, we witnessed the reestablishment in Romania, in fact and in law, of a Nazi organization which was dismantled in 1944 in fulfillment of the obligations assumed by the Romanian state under the peace treaties at the end of WWII. This legal rehabilitation of a pro-Hitler group may bring about particularly serious consequences, not only for the rule of law in Romania but also for the international legal order, which is founded upon the treaties that brought the global conflagration to an end.

In the Nuremberg Trials, the “German Ethnic Group” was classed as a fascist organization guilty of supporting Hitler’s war, among other things, including with regard to the Holocaust. The “German Ethnic Group” was therefore dissolved in 1944 and a ban was placed on its reestablishment as a result of the obligations assumed by the Romanian government under the Armistice Agreement reached with the Allies (article 15 of the agreement).

It is quite astonishing that the same person, Iohannis, ignoring public international laws, is now expressing reservations about the movement of the Romanian embassy to Jerusalem citing UN sources and principles he never really cared about.

His hypocrisy has now reached a new level, to the detriment of Israel, Romania and the solid friendship between the two countries.

One should also bear in mind that a president who has kept the ambassador’s post in Israel vacant for the past two years is unlikely to show any interest at all in a solid partnership with Jerusalem.

Irrespective of the internal political tensions between the Romanian government and the president’s office, Romania has a chance to defy the EU’s policy on Israel in a responsible manner by relocating its embassy to Jerusalem. Israel, a country with a profound awareness of history, needs no lessons in public international principles from those who refuse to be its true friends. Last but not least, a politician who has directly or indirectly made efforts to rewrite Nazi history in a toxic, discriminatory and unlawful manner should at least have the decency to keep quiet in matters concerning an Israeli cause.

The author, who has a doctorate degree in economics, is a Romanian and German citizen. He is an editorialist for Cotidianul (Bucharest/Romania).

Why is Romania’s president refusing to relocate the embassy to Jerusa...

Letter to the Ambassador of Germany in Bucharest
Scroll to top