Open letter to Martin Schulz, President of the European Parliament 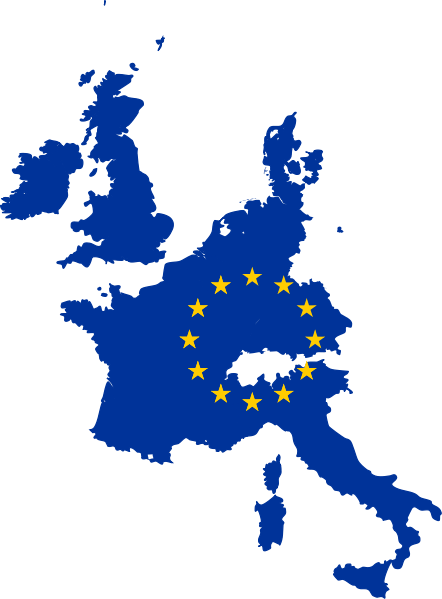 For the attention of: His Excellency Mr. Martin Schulz, President of the European Parliament

Dear President, I am writing to express my concern about the passiveness of the institutions of the European Union in relation to some serious deviations from the principles of the rule of law in Romania. I find that European leaders are selectively passive when they decide and intervene to penalise the anti-democratic, and hence anti-European, behaviour of a member state.

Just as we can deduce the way in which a pupil is conditioned by a teacher from the system of punishments and rewards that develop or inhibit certain natural abilities and talents in the learner, we can also deduce the way in which a state within a supranational political body is conditioned from the way in which the leaders of this body inhibit or encourage the state’s development in a particular direction. In its assessment of Romania, the European Union is laying too much emphasis on the marks awarded for justice and the separation of powers within the state, to the detriment of other fundamental values of democracy and the rule of law: protection of the right to own property, the fundamental rights of citizens and the right to have a functional economy, which are enshrined in
the Copenhagen criteria and the “capacity to cope with competitive pressure and market forces within the EU”.

This capacity has been weakened, both before and after Romania’s accession to the EU. Romania’s economy has been systematically undermined by poor practices in the realm of privatisation, of which I shall merely mention here the usual practice of writing off the debts of state companies which have been taken over by foreign investors. Romania has lost tens of billions of euros this way, and Romanians have lost hundreds of thousands of jobs without the illegal granting of state aid to private entities being referred to the EU. A deformed state based on an extremely powerful and independent judiciary and a feeble economy incapable of feeding its own citizens is not a state governed by the rule of law, but a sinister dystopia that lays the foundations for a police state.

As examples, I shall cite a few specific situations that have aroused public indignation.

In 2012, you said in a speech made in the Romanian parliament on behalf of the European Union that “we are a community of values which apply to all members, not just Romania, and the rule of law must be upheld”.

I ask that you act in accordance with your principles and your own statements and that you adopt an official stance with regard to the deviations from the essential mechanisms of the rule of law, which have been tacitly accepted by the European institutions and which I will set out below.

1.     Rompetrol’s debts
On 23 January, the Ponta administration approved the “Government Decision to approve the transaction agreed pursuant to the Memorandum of Understanding signed by the Romanian state and The Rompetrol Group N.V. in Bucharest on 15 February 2013”, by way of which the company owned by the Kazakh government was forgiven a debt worth nearly half a billion dollars.

This measure is not just anti-competitive, immoral and anti-constitutional, as the Constitutional Court of Romania found last year. It also puts huge pressure on the budget deficit and will create serious problems for Romania in meeting the criteria laid down by the European Commission. This pressure will be transferred to Romanian citizens, who will have to replace, through their taxes, the amount that the Romanian government has gifted to the Kazakh company.

As you are aware, President Schulz, the rule of law cannot be established in the absence of accessible, just, impartial and predictable legislation. Any piece of legislation must be expected and understood by society. The memorandum through which the Romanian state has written off nearly half a billion dollars owed by Rompetrol is in flagrant breach of this fundamental principle of the rule of law.

2.     The Bancorex affair
In 2012, during a speech given in the Romanian parliament, you said: “That is why I say to you that the battle against corruption has not been won, but you are not alone, the European Union is supporting you”.

I would like to remind you that the most scandalous corruption case in Romania’s post-revolutionary history has not been touched by the Romanian courts. Over 6,000 confidential files are lying in the archives of the intelligence services. Bancorex is a case study in the plundering of what was Romania’s largest foreign trade bank until it was “buried”. At the moment, there is a possibility of enforcement action against the investment funds that acted as guarantors for companies which took out loans worth nearly 2 billion dollars from Bancorex. This was flagrant theft, because these companies did not intend to repay the loans and did not do so. Although the losses caused were enormous, the state bank never went bust. In 1999, the Romanian authorities took 580 million dollars from the Treasury to cover the losses and took on the portfolio of non-performing loans. Before Bancorex was merged into Banca Comercială Română (BCR), the state guaranteed financial arrangements to the tune of up to 900 million dollars. These arrangements benefited Erste Bank, which bought BCR after the Romanian state absorbed Bancorex’s losses.

Please reaffirm your support in the battle against corruption for this case, which for all Romanians is the most powerful symbol of institutionalised corruption in the history of Romanian democracy since the collapse of the Eastern Bloc. I invite you to call openly for a resolution of this case, whose consequences are still being felt today within the Romanian banking system, and to advocate a transparent judicial settlement, in the spirit of current European values, of the most flagrant case of corruption since the 1989 revolution.

3.     Return of properties confiscated from the Nazis
I will now draw your attention to another situation which we consider to be equally scandalous: the return of properties in Transylvania inherited from the Nazis to the FDGR (Democratic Forum of Germans in Romania). This organisation, which enjoys high-level political support in Germany, was recognised in 2007 by the Court of Sibiu, at its own request, as the successor to the GEG (Ethnic German Group), a group which was established in Romania by the Third Reich.

The return of Nazi-owned properties to the FDGR under pressure from Germany and following the personal intervention of Angela Merkel is a legal impossibility which constitutes a serious breach of the Romanian Constitution, international treaties and the principles of the rule of law.

Here are the arguments: the GEG was a Nazi organisation which was created by the Reich in 1940, immediately after the Vienna Diktat. The declared aims of this Ethnic German Group (Hitler’s famous Fifth Column) were the spreading of Nazi propaganda, economic sabotage, diversionary activities behind the front, and the “intoxication” and misinformation of the majority populations in the relevant countries. Like all other Nazi organisations, the GEG was disestablished in 1944 under the terms of the Armistice Agreement of 12 September 1944. The pro-Hitler organisations in Romania were dissolved pursuant to article 15 of the Agreement. Under post-war international treaties, Romania undertook to confiscate the assets of Nazi organisations – and hence also the assets of the Ethnic German Group. And yet these assets are being claimed and regained in court by the FDGR as a successor to the GEG, a capacity which was recognised in court in 2007. This is a serious breach of the Romanian Constitution, which provides that the Romanian state undertakes to fulfil properly and in good faith its obligations under the treaties to which it is a party. In actual fact, under pressure from Germany, Romania is being forced to hand over schools, nurseries, buildings occupied by philharmonic orchestras, old people’s homes and churches, which were formerly owned by a Nazi organisation and were confiscated pursuant to international treaties, to the FDGR. The Romanian state has ended up paying rent to a successor to the Nazis.

Most member states either do not set such limits (Sweden) or require only a few thousand signatures (Italy, Hungary, Spain, etc). The requirements for independent candidates in Romania are effectively financial in nature. What is more, voting is supposed to be secret – so disclosing the personal details of 100,000 of the 120,000 voters who voted for a particular candidate in the elections to the European Parliament is a breach of a fundamental principle of the democratic voting system: the secret ballot!

Yours sincerely,
Dr. Radu Eugen Golban, Independent Candidate for the 2014 elections to the European
Parliament