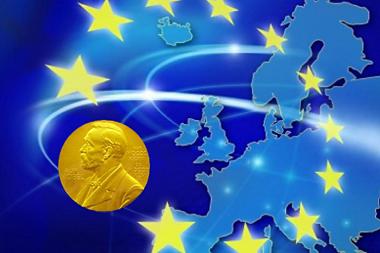 Those who followed the news about the award of the Nobel Peace Prize to the European Union don’t know whether to laugh or cry. Awarding the Nobel Peace Prize to the European Union is as ridiculous as giving the Salvation Army an award for not dealing in alcohol or drugs and pimping, or giving the Red Cross an award for not running concentration camps. And no one can deny the symbolic importance of the fact that this prize is awarded in Norway, a country which has twice rejected EU membership.
The Soviet-style self-celebration of a political elite and the vanity fair in Brussels also serve as reminders of the fact that virtually all political interventions in our patch of the continent during the Cold War were justified with the slogan of the struggle for peace. Key moments in Romania’s history were among the milestones along this pathway to peace, for which a nomenclature was created. Have we really forgotten that no less a person than Comrade Nicolae Ceauşescu, in distancing himself from Moscow’s intervention in Prague (which also occurred under the pretext of peace) or wavering between Israel and the Palestinians, was the East’s most enthusiastic dove of peace? And have we also forgotten the spirit of European peace that prevailed under Hitler and Mussolini when we were obliged, once again for the sake of peace with our neighbours, to cede Transylvania, Bessarabia, Bucovina and Southern Dobruja in 1940?
But we should also ask ourselves precisely what kind of peace this prize is awarded for. Whereas Romania views peace as the defeat of communism and its escape from the Soviet sphere of influence, Germany views peace in economic terms and equates it with the right to penetrate European markets. Although Europe has seen no wars over the past few decades, even though many European citizens are today falling victim to deindustrialisation and the common market as Berlin shines with the lustre of its megalomaniacal buildings, we conclude that unfettered access to the European market and Germany’s monopoly over industrial production are the price of this peace. But what is it that defines this particular peace, and how does it differ from other kinds?
In December 1939, Ernst Freiherr von Weizsäcker, State Secretary at the Reich Ministry of Foreign Affairs and the father of a future president of West Germany, pondered the ways in which German triumph would transform Europe: “The continent should be divided between ourselves and Russia into spheres of interest, with certain needs of the Italians, Spaniards and a few other small states being taken into account. (…) Thus and only thus should we conceive of Pax Germanica. Peace of this kind would be a permanent state of war without any shots being fired. It would be sustainable only if the states concerned simultaneously viewed their new ruler as their liberator from an old yoke, insofar as we would be the bringers of new and progressive social concepts. We should rely on the traditional order of the freedom of these states, and could move beyond this during the course of a long German reign spanning entire generations. The creator of such an order would pass on to his descendants a particularly difficult problem relating to the science of government.”
More than seventy years after this working document from the Reich Chancellery was drawn up, how is Germany’s vision for Europe being promoted today? For the time being at least, the art of German government is being practised across Europe in the realms of economic and fiscal policy to the exclusion of all alternatives, and in line with Berlin’s vision, it is the only accepted means of economic recovery.
According to the logic of this Nazi dove of peace, Germany’s foreign policy efforts in 1939 hinged on “turning Europe against the Western democracies and, in particular, against the Western hemisphere. At best, this may be called a douce violence (gentle violence) in Europe which holds everything together.” Which means that this prize is also a reward for the decapitation of European democracies, which are flying in the face of the public mood by choosing German-style technocracy as a means of governance rather than democracy. The technical term for this form of peace, douce violence – in other words, a state of war with no bullets being fired – is such a work of genius that the Nobel Prize for the architecture of this Pax Germanica should be shared posthumously with Ernst Freiherr von Weizsäcker.

Europe’s wagon of fools theorised in the German press

Romanian horse on the European menu
Scroll to top