Europe’s wagon of fools theorised in the German press 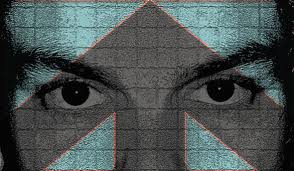 A German journalist believes that the European wagon of fools has overturned in the Balkans. Last year, a book entitled Ist Intelligenz erblich? – Eine Klarstellung (“Is Intelligence Hereditary? – A Clarification”) was published by the reputable German publishing house Rowohlt. The book’s author, Dieter E. Zimmer, was born in 1934 and studied journalism, politics and history. Between 1959 and 1999 he was an editor for the weekly newspaper Die Zeit, and then he became a scientific journalist specialising in psychology, medicine and biology. This book explains to the reader that intelligence is a characteristic of a group or population and that for the education of an individual to be beneficial, it must take account of biologism, i.e. genetic determinism, so that his full potential may be realised. The author’s analyses are a pseudo-scientific hotchpotch drawn from a very wide range of sources of inspiration, from PISA (Programme for International Student Assessment) studies to Darwinist speculation tinged with sad recollection. The children in the Muslim nations of Bosnia, Lebanon, Morocco, Pakistan and Turkey who participated in the PISA study lag five points behind children in the non-Muslim countries of central Europe, the author tells us. The poor results achieved by Muslim children in Germany according to the PISA study cannot be explained by their immigrant status, the author stresses, as they encounter the same difficulties with mathematics at home. This weakness is widespread throughout the Mediterranean, Zimmer says, and can be likened to an “IQ chasm” which hinders Muslims and non-Muslims alike. The author claims that the lowest point of this chasm can be found in Albania, Bulgaria, Greece, Romania and Serbia.

The book’s author goes on to display the same air of superiority over other nations and explains to us that the genetic factor cannot be suppressed through education alone. Zimmer, the exponent of this new theory of superiority, believes that this is precisely why an education policy based on a political notion of equality has failed in the USA, as it completely ignores biologism. The journalist asserts that the intelligence gene is recessive in childhood and becomes dominant at maturity. This explains why, once they have reached maturity, those in the valley of fools lose the effects of education, he goes on to assert. The scientific manifestation of the wagon of fools in the Balkans is not a one-off; the feature writer regards both American behaviourism and the socio-educational trend of eliminating social inequality through education as “naive” and “absurd”. The education policy of regions or countries with low-IQ populations has laid the foundations for a true “industry of elevating” and educating children in vain, Zimmer asserts, as they have ignored biologism. With incomparable subtlety, the author laments the fact that biologism was compromised by the Nazis. Had it not been for this abuse of biologism, the German elitist theoretician believes, society would not have rejected the biological approach to education and politics.

Surprisingly, this journalistic vanity project has drawn gushing praise from the German press. The Frankfurter Allgemeine Zeitung regards it as “an edifying book which is worth reading”, Die Zeit eulogises the author by calling him “incorruptible” and his neo-Aryan work “an enlightening non-ideological book”, and another German-language newspaper, the Basler Zeitung, recommends it as “a compelling scientific book”. The book’s popularity in Germany is as great as one would expect for an author who has garnered Germany’s best-known prizes for journalism. Volkmar Weiss, the renowned sociologist and genealogist, thanks Zimmer and the publisher for their courage. He says that publishing the average intelligence levels of certain nations or of Germans and non-Germans is allowed by the German constitution. Zimmer does not understand why he could be criticised for his clarifications as not even the Germans mind the fact that Hong Kongers are more intelligent than them.

It is bizarre that not a single major press publication in Germany has adopted a critical stance. Such explanations, which are apt to constrain future development prospects in Europe selectively through a diktat based on “low intelligence”, bring to mind disquieting times in Europe’s relatively recent past. Showing generosity towards less gifted Europeans, Zimmer offers words of consolation: intelligence is not an individual characteristic, but a group characteristic. Which means that the individuals in question can likewise feel comfortable, in a European “solidarity of fools” born out of Zimmer’s overactive imagination.