Blog - Latest News
You are here: Home / Articles / Is the Wuhan virus a Wotan redivivus?

Is the Wuhan virus a Wotan redivivus? 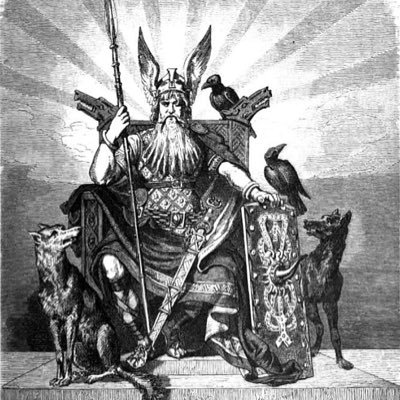 Since the excessive mortality rate in Germany reminds us of the good old days before Corona, the powers that be are doing their level best to maintain mass hysteria with optimal daring-do. Given that targeted terror is a most effective white torture practice, we must ask ourselves if we have reached a propitious moment for the fourth industrial revolution – a phobia-inducing strategy infecting all social strata – as propagated by machine engineer Klaus Schwab. With a long list of PhDs, Schwab’s view of a pandemic’s transformative powers bears uncanny similarities to Sir William Sargant (1907-1988), former military psychiatrist and CIA interrogation expert. Sargant illustrated in detail how, in the case of war or pestilence, deliberately induced fear or excitement can lead to a large-scale psychotic breakdown among the population. Since the two proposals’ essential difference lies solely in the adjective transformative, I would rather you read Battle for the Mind (1957) by Sargant than any of Schwab’s works. I’d take the monster in white, the human subject researcher, over the evolution theorist any day.

More of an economic than virological nature, perhaps due to his lack of medical background, Schwab’s demands for an additional lockdown rate our utmost appreciation. Not only for their potential to decimate entire economic sectors, but also for the catastrophic psychological aspects of a man possessed. In his essay Wotan, published in 1936, the renowned Swiss psychoanalyst C.G. Jung aptly remarked that the German phenomenon impresses precisely because it is like, “…one man, who is obviously possessed, has infected a whole nation to such an extent that everything is set in motion and has started rolling on its course to inevitable perdition.” In our current societal and global context, psychology is far more embedded in scientific argumentation than economics. And Jung is just the man to deliver valuable impulses to better understand the role of the possessed.

The Swiss psychiatrist and founder of analytical psychology did not bow down to the old Germanic god but proffered Wotan as a hypothesis to better understand the cyclone, the emotional factors of an irrational nature intent on destruction. Only a number on the calendar – to be sure not a number synonymous with a cultural boom or golden age – separates an insightful, provocative wise man’s analysis from the events of our present day. Apparently, Jung was at his wits’ end. He felt the world could not be explained in terms of economic, political and psychological factors. Instead, he dare to propose old Wotan could explain National Socialism better than all three put together.

The phenomenal discrepancy between obstinately lagging excess mortality rates and the medial insistence on Corona’s threat to humanity could hardly be better illustrated than with Jung’s words, “a mental catastrophe region where certain natural facts establish but a chimeral truce with world ruler Rationale.” Just for fun, we could speculate whether the Wotan depicted in Jung’s essay – a belligerent opponent, borne on an Oriental wind – had wise foresight of the virus recently transmitted from Wuhan, after all, the names are nearly identical. But then again, Wotan’s cataclysmic character is borne of his unshakeable faith in destiny, in fate. An archetype reborn. Imagine the Corona myth symbolized by an infected bat. It would then go to follow, as cousins in the feathered family, the flying mammal offers an analogous parallel to pugnacious Wotan’s archaic ravens reporting the arrival of dawn.

“Despite their decided impetuousness, Wotan worshippers seemed to have deeper insight than the rationalists,” Jung declared. An insight that ultimately led the bizarre Redeemers to pave the way to power. Contradicting science, yet in alignment with cult, it is just these twisted revolutionary demands of current evolution apostles that invoke recourse to psychology. They arrive at the same conclusion, then as now, that the berserk wind god seizes everything, “that comes his way, toppling anything not firmly rooted.”

Particularly illuminating is the Swiss psychiatrist’s referral to Germanic myth, according to which, before the Asian wind blew into Germania, “inspiring world-shattering ideas,” it “gathered up nations like withered leaves.” Perhaps one of these withered leaves is the United States. Not only subjected to geopolitically motivated destabilization; not only, in the course of the Corona crisis, ceremoniously – like an act of worship – punished at the urn by virus infidels, but ultimately carried to the grave by Neoliberalism, so deeply detested in Germania. Schwab’s personal blend of future prospects, failing marks for Trump’s Corona policy and his rejection of Neoliberalism point clearly in this direction.

Let us first look at the ideological tornado catapulting fundamental renewal. A vision borne by a few intellectually possessed, where the most recent lockdown represents ruination and reconstruction, it is impossible not to see their burlesque Wotan-worshipping attributes. Jung came to the conclusion that archetypes begin to emerge when political events reel from one dead end to the next and the hoi polloi no longer functions, refusing to follow directives from mere mortals. The future prospects brought to paper by Klaus Schwab, Bill Gates and others under the Corona spell are more or less identical to Wotan’s Destiny Insight, Holder of arcane knowledge as Martin Ninck wrote. Wotan, god of many talents. Yet these are not the only hallmarks. Take Wotan’s immortal role as Lord of the Dead. With but a few alterations it’s easy to recognize Schwab’s prefabricated immortal avatar. And then there’s the letters to his administrative board – locked away in his safe should anything happen to him – bringing to life the Wrathful God shrouded in mystery.

I agree with Jung’s approach to defining Wotan’s awakening as a metaphor for “spiritual forces” that emerge from historic, literary and cultural developments. Also illuminating, is Jung’s conclusion that Wotan’s archetypal, autonomous emotional element has a collective impact which only then determines the shape of his nature. Surely, Schwab is not Wotan, but neither is he free from the cultural conditioning of his spiritual homeland, hence his tragic mixture of inspiration and fury. As a psychiatrist, Jung was dedicated to healing human souls by drawing on archetypes. It was most likely discomfiting when he discovered that some of these healing gods could only work wonders when they embodied their destructive frenzy. Viewed pragmatically and psychologically, you could say that Wuhan-Wotan will not only heal the German soul but will also remove political adversaries. In any case, resorting to mythology has maneuvered the U.S.A. to the sidelines and invoked a new Pax Germanica heralding a sustainable era for the German version of common good.

Of course, we could also examine elements of style. For example, does the call for humanity to protect itself with masks, joyfully embracing vaccination, still correspond to the Edda’s alliterative, ancient German imperative for greeting the resurrected God of Carnage? It has always been tragic to fall into the hands of a living god, as Jung ultimately determined. He therefore urged people to view the Germans of the times as possessed sufferers instead of those responsible for their actions. With the current curfews, lockdowns, the demise of entire economic sectors, and contemptuous facial coverings, the Swiss psychiatrist would most likely pass the same judgement on today’s possessed.

The World Cup of Corona protective measures, an ingenuous German export model, reactivates the nomadic trait of Wotan’s disciples, just as does the nearly majestic vaccination race. According to Jung, Wotan is a primal cultural fact, an unsurpassed personification of elemental singularity. No longer an ethnic phenomenon but a Central European one. An irrational enfant terrible constantly trumpeting its technical progress, exemplary health policies; exaggerating the invisible, viral threat while embodying ingenuity, inventiveness and brains for all of Europe. Nothing more than contemporary Rides of the Valkyries emphasizing uniqueness.

Unfortunately, industrial revolutions apparently have numbers, as do the (German) Reich. The last one was the Third. If there will be a Fourth remains to be seen. It seems the industrial revolution is making the first move to arrive at magical number Four. Let’s wait and see what happens when Reich and Industry pull even. We can’t even begin to imagine what subtle things await us over the next years and decades. But you can be sure, Jung’s view, certain National Socialism was not the end of things, will give us the creeps.

Reloading the Nuremberg Doctor’s Trial to Free the World of Evolution Fan...

The Shaman of Magic Mountain
Scroll to top