Blog - Latest News
You are here: Home / Articles / Weak points of the Euro

Weak points of the Euro 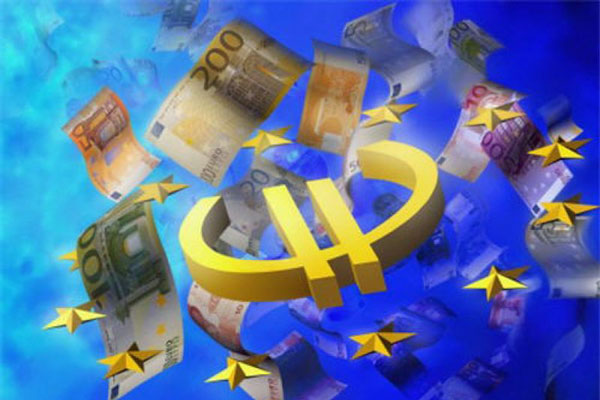 At the risk of being accused of formalism, we propose to raise a few issues which will enable us to undertake a critical appraisal of the Eurosystem’s operation. Taking the disputes behind the scenes of the Union as a starting-point, we shall attempt to answer two questions: is the euro a currency created in line with the EU motto of “United in Diversity”, and is the Eurosystem an atom without a nucleus or an atom with 17 nuclei?

Is the euro a currency created in line with the EU motto “United in Diversity”?
The arguments from which this idea stemmed were:
1. The single currency has no unanimously agreed name. The name “euro” was adopted during the Madrid European Council of 15-16 December 1995. However, this name did not achieve substantive unanimity, as it was rejected by the British prime minister and the Greeks, who raised an objection on phonetic grounds. The following compromise was brokered: the currency’s name would be “euro” in the nominative singular in all languages, but declensions in other cases (dative, accusative) are permitted provided that the common root “eur” is maintained. This compromise applies only to European legislation and does not cover any national laws.

2. The single currency is not issued by a single entity, and has several “parents”. Euro notes and coins caused multiple problems even before their design was discussed. Firstly, the arrangements for producing money varied greatly across the member states. When the Maastricht Treaty came into force, thirteen states had their own production centres.

In Austria, France, Belgium, Denmark, Greece, Ireland, Italy and Great Britain, the printing presses were departments of the central bank. In Finland and Sweden, they were private companies with the central bank as the sole shareholder. In Spain, the printing press is a public body external to the issuing institution. In the Netherlands, notes are printed by a private company by order of the central bank. In Germany, the Bundesbank has two different suppliers (a private company and a public enterprise). Portugal and Luxembourg do not produce their own notes; instead, they are printed in England and France.

3. The single currency has a country coding system. European banknotes can be easily identified by their serial number: all we need to know is what the Governing Council has never stated, i.e. the fact that the country codes were assigned in reverse alphabetical order of the countries’ names (in their official languages). So, for instance, banknotes from Belgium (Belgie/Belgique), which is the first country alphabetically, were assigned the last letter of the alphabet, Z, while Finland (Suomi), which is the last country alphabetically, received the twelfth letter of the alphabet, L. Banknotes from the Austrian National Bank are marked with an N, and those from the Bundesbank are marked with an X.

The only exception to this system is the National Bank of Greece (Ellas), to which the penultimate letter of the alphabet originally reserved for the National Bank of Denmark (Danmark), Y, was assigned. This state of affairs does not merely meet a set of requirements of a logistical nature, but also reflects a clear intention to control (at member state level) certain risks separately, such as an intention to leave the monetary union (in the event that a country decides to exit the EMU, only the issued notes with a serial specific to that state would be withdrawn from circulation) or the direction of intra-Community transactions paid for in cash (allowing for control of monetary circulation by means of the codes associated with each member state).

4. The single currency is not “single” in terms of its symbols and design. An agreement on the appearance and name of the single currency was reached with difficulty. In the end, a consensus on the European symbols depicted on notes was arrived at: Euro notes do not bear manifestly national symbols, and only the coins have a “European” side and a “national” side.

5. Monetary autonomy still exists at certain levels within the Eurozone. For example, Finland and the Netherlands do not use 1 and 2 eurocent coins (even though these coins have been minted, but in Finland in particular, they have become collectors’ items) due to requests from retailers, who claimed that using them was too expensive.

6. The Euro is also the official currency of two territories outside Europe: Saint Pierre et Miquelon and Mayotte, which belong to France but do not form part of the European Union and can use the single currency on the basis of an agreement with the European Union. The euro is used de facto in Andorra, Kosovo and Montenegro (in the latter two cases, in the absence of an official agreement with the Union).

This question arises from the following factors:
1. The Eurosystem does not have a monetary centre. There is decentralised unity between seventeen central (national) banks and the European Central Bank, which is responsible for controlling money within the Economic and Monetary Union. Only a few people know that the European Central Bank does not play a central role in the European Eurosystem, as its name would suggest. Furthermore, it is not even an issuing bank (as pointed out above).

2. Differentiated real interest rates exist within the Eurosystem. For a true monetary zone to exist, it is not sufficient for a uniform nominal interest rate to be monitored; the system’s unity is affected by the existence of real interest rates that vary from one member state to the next, which affects the prospects for equal growth opportunities.

3. The Eurosystem promotes a discriminatory policy with regard to the public and private guarantees accepted. In the monetary policies promoted by the member states, this issue is obsolete.

4. Within the Eurosystem, the European Central Bank does not act as a lender of last resort. This is because there is no institution capable of making available and coordinating the necessary liquidity in the event of a financial crisis.

Following on from the remarks of Otto Steiger (2004), it may be observed that the EMU does not have a strong monetary core, and the ECB is not a reserve bank. Although the European Central Bank was granted the role of the central monetary institution of the Eurosystem and the national central banks were merely given the role of implementing orders (issued by the ECB), the reality is completely different.

One issue that causes quite a lot of irritation is the design of Euro coins. With regard to Euro coins (which have a national side), the Governing Council of the Eurosystem (known as the ECB Council) decided (in 1998) that issuing national reserve banks would not be identified on the coins (whereas in the case of dollar notes, for instance, the issuing reserve banks are clearly identified). Why? Due to fears of a possible financial crisis in a member state in which its banknotes would not be accepted at parity or might be rejected.

To prevent it from being the first central bank in the world which is not a reserve bank according to its balance sheet, the Governing Council decided that eight per cent of banknotes issued by the national central banks would be ECB banknotes and would feature on the ECB’s balance sheet.

Because of this contrivance, the ECB has not become a true central bank. The ECB has the right to issue notes, but it is excluded from main refinancing operations. It may act only in exceptional cases, with the agreement of the Governing Council – the key institution of the Eurosystem.

To date, the ECB has not issued banknotes. In addition, the ECB is a “daughter” of the national central banks which made its capital available to them but which is run by its seventeen parents.

As a result, the position of the ECB within the Eurosystem is not that of a strong monetary core. Common monetary policy for the Eurozone, the refinancing rate and the amounts to be allotted are decided by the Governing Council, on which – by comparison with the Board of Governors of the American Federal Reserve System – the seventeen governors of the national banks hold a majority of almost three-quarters over the six governors of the ECB. The ECB’s role is limited to coordinating the decisions of the Governing Council and refinancing the national central banks. Furthermore, the President of the ECB may only pronounce the Council’s decisions.

The shadow of German imperialism in the EU